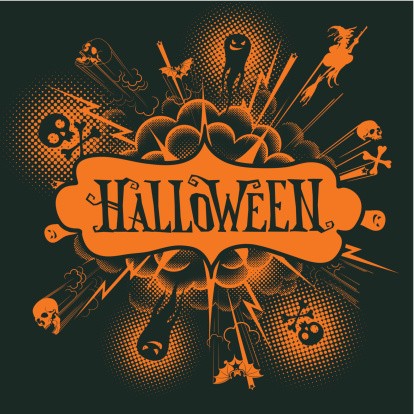 The New Year for the Druids was November 1st.  It was a time that marked the end of harvest, the end of nice weather, and the beginning of a time when harsh conditions would force them into survival mode.

Because of the mortality rate Winter became synonymous with death.  They believed the night before the New Year the boundaries between the living world and the dead world became passable.  The spirits of the dead would come into the world of the living.  They believed malicious spirits and good spirits would help the Druids predict the future.  These tidings of the spirits with sight into the future provided key indicators on how the Winter was going to go for the Druid people.  They counted on knowing what the future would hold and any dangers they were meant to avoid.

In order to give to the spirits of the dead world and offering, and to appease the Immortals of their religion, they would build large bonfires, dress in animal skins, and throw animal sacrifices and parts of their crops into the bonfires.

By the AD 50 the Roman Empire had taken over Druid territory.  They incorporated some of the Druid traditions into the new regime, and the Romans brought their own traditions of October to the Druid festival of Samhain.  The Romans celebrated Feralia, which was the day of commemorating the dead, and the festival of Pomona, the goddess of the harvest & fruitfulness.

Henceforth, Halloween celebrated not only the appeasing of spirits of the dead, but also the coming of the fall harvest and appealing to the Immortals for bounty during the Winter.  A common offering to the goddess Pomona was an apple.  From that point forward apples from their place in Halloween traditions.

As different peoples conquered, and different religions took hold, in present-day United Kingdom the celebrations and traditions of Halloween evolved.

In America, the Halloween celebrations are a melting pot of various European traditions from the United Kingdom, France, Span, Germany, Italty, etc.  Immigrants brought the traditions of their homelands with regard to celebrating the end of summer, the bounty of the Fall season, honoring the dead, and preserving the power of superstition for all of us.