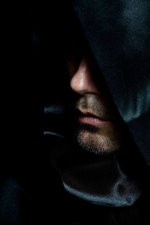 Location: Europe
Classification: Sanguine, Psy
Time Period: AD 3rd-14th
Restrictions: Accepted members by referral of existing member
Identifiers: They were vegetarians, pacifists, and were a Clan of the reformed. They allowed multi-Clan membership as long as the mandates of the other Clans did not conflict with the teachings of the Reis Clan. They consumed only what they absolutely had to of blood, and lived, otherwise, on a diet of vegetables. They believed through their achievements of peace they could reach a higher plane of enlightenment, and through their actions, would be rewarded with greater senses of a paranormal nature.
Predatory Behavior: Light