A Psy Vampire feeds off the energy of humans to sustain life when they are on earth. By absorbing human energy they are given energy that is superhuman in strength. When you own a Psy Vampire they absorb energy of others into the token (ring, pendant, whatever their home is) and is fed to you through your astral body and aura to give you superhuman attributes! They draw energy from multiple humans at the same time so that no single person is lacking in energy. They usually draw from outside of their Keeper's home. They do not need to feed energy often, usually once a week.

So what do you gain by owning a Psy Vampire?

Your intuition of psychic divination is EMPOWERED! You will have a stronger and more powerful connection to the astral realm where you will be given the most intense visions of your present, past and future.

You will have an endurance that can withstand any emotional and spiritual task... you will feel stronger and more connected to the world around you allowing you to take on multiple tasks at once and come through them more efficiently.

You will be able to contact other spirits, creatures and entities quicker, entities across multiple spiritual realms and be able to make stronger, more incredible connections to entities yielding greater rewards and gifts of the spirits!

They absorb energy of others into the token and is fed to you through your astral body and aura to give you superhuman attributes.

? Time spent closely with the spirit the first 30 days of coming to the Keeper's home.
?  Wonderful treats for a psy vampire include bits of aloe, aloe-scented oils, incense, soaps, and psychic activities. 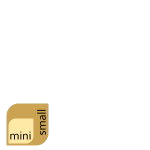