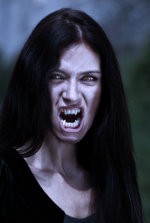 Location: Peru
Classification: Sanguine, Psy
Time Period: 4th BC-AD 11th
Restrictions: Accepted members by referral of existing member
Identifiers: They were all practitioners of Necromancy. They worked with dark magick, and dark rituals, which allowed them the ability to pull through the spirit of any person they desired. They sought counsel, teachings, and information from those who had passed, and someone within their Clan constantly kept the Channels open. They were devoted, almost priest-like, in their behaviors, beliefs, and methods. Their abilities became well-known, and people from all walks sought their services, which they were handsomely compensated for.
Predatory Behavior: Median