Fairy Tail is a good one.

Looks like there are more paranormal Anime series than I thought. May have to check some of them out.

Ghastly grim and ancient raven wandering from the Nightly shore-
Tell me what thy lordly name is on the Night's Plutonian shore!"
Quoth the Raven, "Nevermore."- Poe
Top

"For as long as he can remember, Takashi Natsume has had the ability to see spirits, inheriting the power from his grandmother Reiko. Upon her death, Reiko bequeaths to her grandson her Book of Friends, a book containing the names of spirits Reiko had bullied into servitude. The Book of Friends is a highly prized item in the spirit world, and spirits haunt Takashi constantly. Whereas Reiko formed the contracts, however, Takashi spends his time dissolving the contracts and releasing the various spirits that come to him for help. But that doesn't mean there aren't malicious spirits trying to kill him. Which is where Madara (called Nyanko-sensei by Natsume) comes in; Madara serves as Natsume's bodyguard and spiritual advisor of sorts, even though he is motivated by his own desire to possess the Book of Friends. He later on begins to become more attached to Takashi."

This anime reminded me a lot of spirit keeping and it has comedy, it's pretty amusing to watch. I don't really like anime much, I don't really watch anime but I recommend this one, my sister and I liked it a lot.

Going to repeat a few that have already been said! (And the one everyone really needs to see) Le Chavalier D'Eon

I enjoy more of the cutesy type anime, but for paranormal anime I really enjoy xxxHolic. I thought it was very insightful and intelligent series. Plus I think Yuko is my favorite witch of all time.

I really love Tactics, and Another was a fantastic series!

My spirits are my guides, friends and family~ I love them all!

I'm so happy they chose to bless my life the way that they have!
Top

Ghost Stories....has to be the most epic dubbing I have ever experienced....and introduced me to my buddy Amanojaku 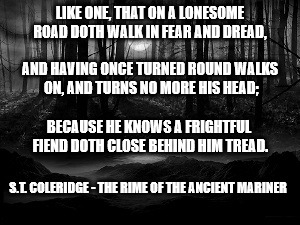 "7 Years Have Gone, It Can No Longer Be Left Undone
The Candle Must Be Burn Again, And Pain
Must Follow the Unholy Flame
So Burn...Burn...Burn
And Free the Spirit From Its Chain"
Top