MYTHS, LIES & OTHER FABRICATIONS OF KNOWLEDGE

Posts: 191
Joined: Sat Feb 17, 2018 8:34 pm
4
You are...: in the learning process
Male/Female: Male
Number of Spirits: 13
Spelled Number: 20
Your favorite spirit to work with: Succubus, Bronwyn
My super power would be...: See spirits in true form
My magical/paranormal name...: Avalon Knight
Zodiac:

AvalonKnight wrote: 1. I asked one of the spirits in my family how we both know English and she told me we are speaking very different languages, but our minds are linked in such a way that we are translating on a base level the exact raw ideas behind the words and our minds are giving it to us in our own Language. Is this known to be correct?

For example, "rice". It has many words in other languages. Some even differentiate the terms of rice the plant, rice the raw ingredient, and rice the food. But for those who don't know what rice is, they may compare it with bread, wheat, etc. to get the idea.

And some message may be transmitted through visual instead of audio. So the image of rice, if translated as food, will be used to convey the idea of food, even though it doesn't mean they know what rice is

AvalonKnight wrote:2. I see almost every race you would find in fantasy novels, myths, legends and folklore are kept as spirits and living entities by keepers, and advertised as bindings here. How is this possible? How did authors throughout history know of them? Were they spiritually sensititive? This is something I've wanted to know since I arrived here.

Fantasy novel is different from myth, legend, and folklore since it's more modern. It usually borrows from them to be used in making new fictions as the author sees fit.

Myth, legend, and folklore are more tradition-based. They reflect the local culture, belief, and experience of the local community, and are used as an aspect of religions, as moral stories, etc. Some of them might have been based on real experiences or real events of unrecorded history, but decorated to make them more interesting for listeners


I appreciate your reply darkwing dook, because it's hard to get my head around some things concerning the spirit world, and I have a huge thirst for knowing as much as I can about it, so any validation about what I'm told helps. It also makes total sense what my ubi told me, and what you confirmed about how we communicate.

I believe there is also a bookmark function if you want to tag posts to come back to as well.

The absolute classic and funniest thing you can hear is when people start to ask if their spirits died. It would be trafficking, if some of them were still alive. *Bookmark*

I agree with a lot of this but also disagree in terms of harming a spirit, mainly because if you astral or in my case etheric project you’re altering your energy body to match their plane and on their plane they are as physical as we are on our own. So on their own plane they can possibly be harmed, at-least in my experience. Because to us spirits are spirits because they hold no physical body on our plane but it does not mean they have no physical form on their own plane, our densities may differ but when the energy body adjusts to a plane it can very well reflect the “physical” aspect of that plane.

Posts: 2270
Joined: Sat Apr 15, 2017 1:25 am
5
You are...: in the learning process
Number of Spirits: 22
Spelled Number: 22
Your favorite spirit to work with: Masheba Shifter
If I could be anything, I would be...: Not quite sure?
My super power would be...: See spirits in true form
My magical/paranormal name...: I believe Catgirl may be it-a nickname I got years ago!
Zodiac:

You are so right Rungr! I will share this & if someone doesn't agree or believe it well I'm sorry but it's the honest truth: I happen to have a female Unicorn in my Spirit Keep that was harmed/abused by a BA Practitioner prior to having her in my keep-he found a way to keep her from going anywhere & made sure of it until my male Were Wolf saw what was going on & came to her aid! This BA practitioner pretty much imprisoned her using her essence of purity to gain things he had no business to, plus he would hit/beat her, whip her you name it he most likely he did it, when my Were Wolf saw what was going on he didn't like what was happening, came to her aid, defended her & if I caught on right tore this BA practitioner to shreds! My Were Wolf had told me what happened after I noticed my Unicorn having what appeared to be a nightmare! I was told this BA practitioner won't be able to get to my Unicorn or any other pure spirit like her anymore as to he was banned from any realm that he doesn't belong in & won't be able to do any more harm! Come to find out this BA practitioner also had what was coming to him & won't be able to hurt anyone regardless of the realm!

I also think some humans are stronger than some entities, strength isn't a racial thing, it's a thing based on practice and understanding. Many people in the energy work community who etheric project (I won't say astral mainly due to the idea that thoughtforms are pretty much all-powerful given they are thoughts given energy) who spar entities in projection, myself included. Of course, it's nothing by force on either side and the idea of strength has been based on those things. Although, don't get me wrong I do agree that you should always show respect. I'm the type that has throughout my years have made friends with different entities due to not doing what some occultist do and try and impose their will on them, which I truly despise unless it's well astral thoughtforms then I don't really see an issue.

Posts: 2270
Joined: Sat Apr 15, 2017 1:25 am
5
You are...: in the learning process
Number of Spirits: 22
Spelled Number: 22
Your favorite spirit to work with: Masheba Shifter
If I could be anything, I would be...: Not quite sure?
My super power would be...: See spirits in true form
My magical/paranormal name...: I believe Catgirl may be it-a nickname I got years ago!
Zodiac:

OK-I need to respond! Thank You Rungr for bringing up a very good valid point, despite with some things I am still learning I do agree with you! I just felt the need to tell their story-despite somethings I don't quite know or understand yet, the hows & whys but I am sure the answer/truth will get to me one day!
Thank you as well Otaku for your response as well-there may be some things I still don't quite understand & know I feel you are right: solid evidence-I may not know everything but I do believe some things shouldn't be manipulated!

What an eye opener magnolia. I truly believe in your expertise and can feel your passion for the craft.

Grey witch of a wonderfully eclectic coven. Clairaudient, empath and card reader since childhood. Raised near historic Salem in one of the oldest Victorians in town, spirits have long been family. Lucky to have: A Schalan, A Butterfly Dragon, A Black Fae Unicorn, A Zimada, A Volkh, and a Soul Cleanser on my path.
Top
Post Reply
193 posts 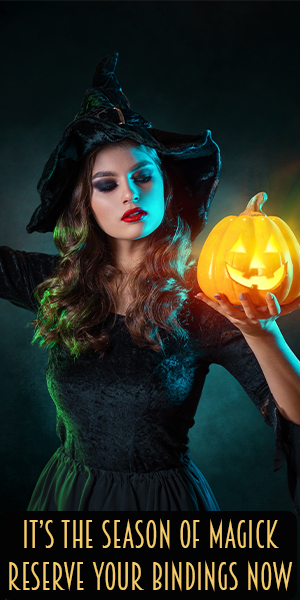