I think the last reason given in the article is very probable: "It is also possible that saying thank you, or overtly acknowledging what They have done for you, is problematic because they prefer not to have that sort of attention or focus on themselves."

There are quite a few stories of Fae giving gifts to humans with the condition that the human must never tell anyone about it.

Alys-RaccoonReadings wrote: ↑
Fri Feb 02, 2018 3:45 am
Super interesting article pondering why one should not say "thank you" to the fair folk.


I have to be honest, I don't remember where I learned this one. I have wracked my brain but I can't remember where I may have read it or who might have told me about it originally. As far back as I can remember it has just been a rule I lived by: you speak politely and you never say thank you. When I initially tried to track down where I'd heard it and came up empty I started to wonder if I'd made it up, however further research did provide some validation.

Why is this a taboo? It is hard to say as folklore offers no clear explanation, but we can offer a few suggestions.

I know this is an old post, but I thought I'd reinvigorate it a bit and add another source. Morgan Daimler also mentions why you should never say thank you to the fae and backs up some of the points made in the original post in this thread:

She writes on page 33 of Travelling the Fairy Path:

"...it is a widespread belief, although not ubiquitous, that one shouldn't say thank you to the fairies. I have heard one theory behind this, that it implies a debt to them, a blank cheque if you will, that would allow them to decide how to repay them. This is somewhat supported by the etymology of the phrase 'thank you' which is rooted in the concepts of gratitude and obligation. (Harper, D., 2017) Another theory suggests it is dismissive and implies you feel superior to them. Whatever is the case you should avoid saying it. Offering a gift in exchange for something you feel you've received can be a good idea, or saying something else along the lines of expressing gratitude for what happened without saying thank you directly, such as 'I am so happy with...' or 'I really appreciate...'.


“To be sure, I am a forest, and a night of dark trees: but he who is not afraid of my darkness, will find banks full of roses under my cypresses.”
Friedrich Nietzsche: Thus Spake Zarathustra

I have faeries and I have thanked my faeries numerous times. I thought its okay with FAE companions to be thankful. Is there’s anymore taboos that I need to know about? Which FAE type that’s gets angered? How can I resolve this?

There a few fae in my keep from both CH and MMT; they have all told me that "thank-you" is not a word that they appreciate. However, when asked about the nature offerings that I give them, they do like those.

Hm I dunno.. I say thank you to my faires and they don't mind at all. I've asked them about it and they tell me that there are some kinds of faeries who have a different "culture" than them, who might not like it. But mine are "cool" with it. 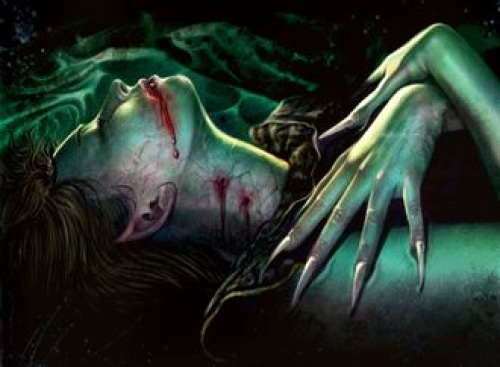