Writing a novel - I need your help

Do you know a good book that can help someone on their path? Or, are you looking for a certain type of book?
Post Reply
6 posts • Page 1 of 1

Writing a novel - I need your help

I have been writing a historical fiction novel and I need your help with research.

The story is about a young man of wealth from the 1920s who falls in love with a black servant girl in a time when mixed couples and marrying beneath one's status was frowned upon. But she has a secret. She is skilled in the dark ways of voodoo. When the young man gets stuck in an arranged marriage, the black girl gets revenge by trapping his spirit inside an old mirror. The only way to break the curse is if his spirit finds a love that will shatter the mirror, but if anything else breaks the mirror before then, his spirit will be trapped in darkness forever. Fast forward to present day where a young woman finds the old mirror for sale in a junk shop and buys it. It's a charming story filled with voodoo curses, historical grandeur, and supernatural romance.

I have been trying to do research on voodoo mirror curses and how to do them, but I'm not really coming up with anything. I understand that anything BA related is a sensitive matter. And the story won't be a step-by-step guide on how to do a voodoo mirror curse, but I would really like to be as accurate as possible with my information for the story to keep it's believable feel. 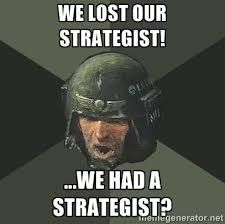 As sympathetic magic, voodoo doesn’t always use words. It’ll vary a lot among practitioners. Write something that makes sense within the historical framework of the practice and that is organic for the character.

Well it was a very interesting video but it didn't give me much info for my story. But thanks anyway.

Alys-RaccoonReadings wrote:As sympathetic magic, voodoo doesn’t always use words. It’ll vary a lot among practitioners. Write something that makes sense within the historical framework of the practice and that is organic for the character.

I'd echo this, as a writerly approach.

If the person thinks in English, maybe it could work that they can pray or do spellwork in English too?

Alternatively, as you might know, there are probably 2 french creole languages that you might need to learn, depending on the branch of voodoo the character knows. On Wikipedia Lousiana Creole is said to be the liturgical language of Louisiana Voodoo and Haitian Creole for Haitian Voodo. There's also Cuban and Dominican Voodo (not sure what creole they use), as well as West African Voodo itself.

Personally, I'd be wary about putting an actual spell into a work of fiction anyway, especially one thought be black or harmful.

Thanks! Yea I want it to sound authentic but I wasn't planning on putting the whole spell in (if I can ever find one) just bits a pieces, a word or two and maybe mention an herb she uses. I am not sure... since I haven't even found what I'm looking for yet. But these are all good ideas. Thank you