It is well worth the cost of free

My destiny is to know what I don't know

I can feel much energy coming for the talismans' pics!!

The talismans are beautiful and when i ordered i got a free silver chain. I also bought a protection house talisman which i have kept above the front door

Hi, I received my tailsman pieces today, they are very beautiful, excellent quality, and I can feel a lot of positive energy flowing from them! They also included (2) additional ones as free gifts, of which I will probably "gift" to others. Thanks again Rob for posting this info here! In light, starlighter

Hi Queenie and starlighter
Glad you are please with what you bought. Queenie that talisman above
the door should bring you more business! Starlighter which ones did you
get? The quality is amazing, you got the special offer where you buy Â£30
and get 2 extra Egyptian pendants.
Rob

Hi Rob, I purchased the copper protective jupiter house tailsman, the small sterling silver seven angels, and the sterling silver Qabalah, I knew as free gifts I would receive (2) sterling silver chains, but it was a complete surprise to also receive two 22karat gold plated tailsman as well (Magi's). I guess the additional gifts are good on orders up until Friday, August 8th, if you spend 30.00 or more in British Poulds Sterling.

I must say that I feel the most energy off the smallest one, the "seven angels" In Light, starlighter

Can anyone share more experiences with the circle of raphael talismans and amulets? I feel drawn to buying one. I have done a google search on testimonials and have found quite a few who say they have had no effect or good coming out of them though intuitively I feel they work. It is just my thought that if some wicked/evil person were to get hold of these surely they will not work (they better not!).

I request some more experiences (benefits and protection NOT the beauty/shipping/free gifts,etc) with these please.

goldenhawk wrote:Hi
Has anyone heard of these? You can just google them, I bought a 7 angels pendant
from them about a year ago. Opens doors that normally wouldn't open is one of the
things that it is supposed to do, well it got me into collecting! Check them out they
are in Cornwall, Gt. Britain as they call it. If you go to the website you can request
a free booklet about the things they sell. I bought 2 other pendants from another
seller, because they were made in copper they were a lot cheaper! They are all to do
with knowledge they are a coven of witches. The pendant that I got from them is
solid silver and very good quality. They also do an egyptian pendulum which looks
very good. Why not check the site out?
Rob

Has it opened any doors in your life? Just wondering, as this sounds so interesting!

Close but no Godiva -- Anuh

This is an old thread but I wanted to share my experiences with the Circle of Raphael Talismans. I got two talismans from them about a month ago, the 7 angels and the love talisman. First of all, it was strange how I got the package. I had placed my order and I knew it would take anywhere from 5 to 15 days to receive it. I was sitting in my living room in the afternoon, three days after I'd placed my order, in a very desperate state, praying to St Anthony (with whom I have a very special relationship) to send my any kind of help cause I had lost all hope about a certain very important matter. While I was praying my doorbell rang and it was my next door neighbour who handed me an envelope. I was a bit confused, as I wasn't waiting for anything from the UK and I didn't even thing about the talismans as it was impossible for the package to arrive so soon. I open the envelope and I see the talismans inside.I took it as the Saint answering my prayer. He sent me help!
I started by wearing the 7 angels talisman. I have to say that I was really scared at first because it started moving my itself and giving me shocks, electricity like. I had no idea about spirit keeping then (I actually found CH thanks to these talismans that had me looking online for different things) and although I practiced magic it was the first time an object seemed to behave as if it was alive. i honestly thought I was going crazy!
My best friend who, like me, is very sensitive to energy but also can see ghosts and spirits and hear them said that there's a strong positive white light emitted by this talisman that makes her feel that everything will be ok no matter what. This was before I told her what it was, I had just asked her to tell me if she feels any kind of energy in this piece of jewellery. For the love talisman with the pentacles of Venus she said that it's not positive or negative energy, it's both at the same time and that it is really strong,dangerously strong. This talisman gave me extreme headache and neck pain when I first wore it and had a tremendously strong effect on someone I really liked who liked me too but due to several circumstances could not be with me. And I mean crazily strong effect, it was like complete mind control! I haven't intentionally used it like this ever since cause my exams started the following day and I was busy studying but I will definitely try again after my exams are over!
I was also worried that the talismans will not be activated by them, since there are many sellers who sell the seals of solomon but they have to be activated to work more efficiently, but when I opened the boxes I could smell the incense they used in the ritual. The same smell seemed to appear out of the blue the following days just before my exams started and everyone was wondering were was the smell of incense coming from.
I'm glad I found CH and all of you cause I found out that it is normal for such items to move by themselves, give you shocks of energy and cause headaches and dizziness when you first come in contact with them. I was honestly worried I'm going crazy or some deamon is after me or something!
I forgot to mention, one other crazy effect of the 7 angels talisman is that ever since I put it on I am not afraid of dogs anymore. I'm the kind of person who can faint from fear if a dog approaches me, which is really bad cause dogs seem to really like me and always come towards me and it's a real nightmare for me cause there are too many stray dogs where I live. For some strange reason the talisman helped me without me asking about it and now either I'm not afraid at all or, on the rare occasion I'm afraid of a dog, I am calm enough to be able to handle the situation.
Ok,just realised that this was a really long review! I'd like to read of anyone else's experiences with the Talismans from the Circle of Raphael. 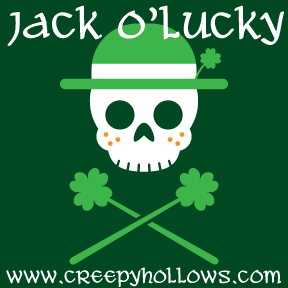 I received the Talisman of the Seven Angels a few weeks ago. When I took it out of the box, it radiated with a glow that was so much more than that of the beautiful silver. As soon as I put it on the free silver chain that came with it, and put it around my neck, I felt it vibrate against my chest and a quick burst of energy emanated from the talisman. I've felt a peaceful energy about me, and the people at work who tend to irritate me have either been super nice or just not come near me. I was so impressed with the piece that I went online and purchased 3 other items. I got the First and Second Seals of Agrippa talismans, along with the Chi-Ro Qabalah Protection Amulet. Those all arrived today, along with a free "Dr. John Dee Planetary Alchemy life enhancing talisman".
The thing that really got my attention FAST was when I picked up the Chi-Ro Protection amulet and put it on the silver chain. It immediately moved outward to a 90-degree angle, making the chain appear to be an "L"-shape... with the amulet hanging in mid air straight out from me. When I touched it, it sent a strong energy wave through me (not a shock, but more of a pleasant, tingly feeling). I laid the chain down, and when I picked it up again, it started moving side-to-side, much like a pendulum. When I put it around my neck, the movement subsided, but I can still feel a strong energy all around it. This is definitely one amulet I plan on keeping with me, and will wear it daily along with my Seven Angels talisman.
I think I'm going to order a couple more of their items... definitely the Wand of Isis, and probably another I haven't yet decided on.